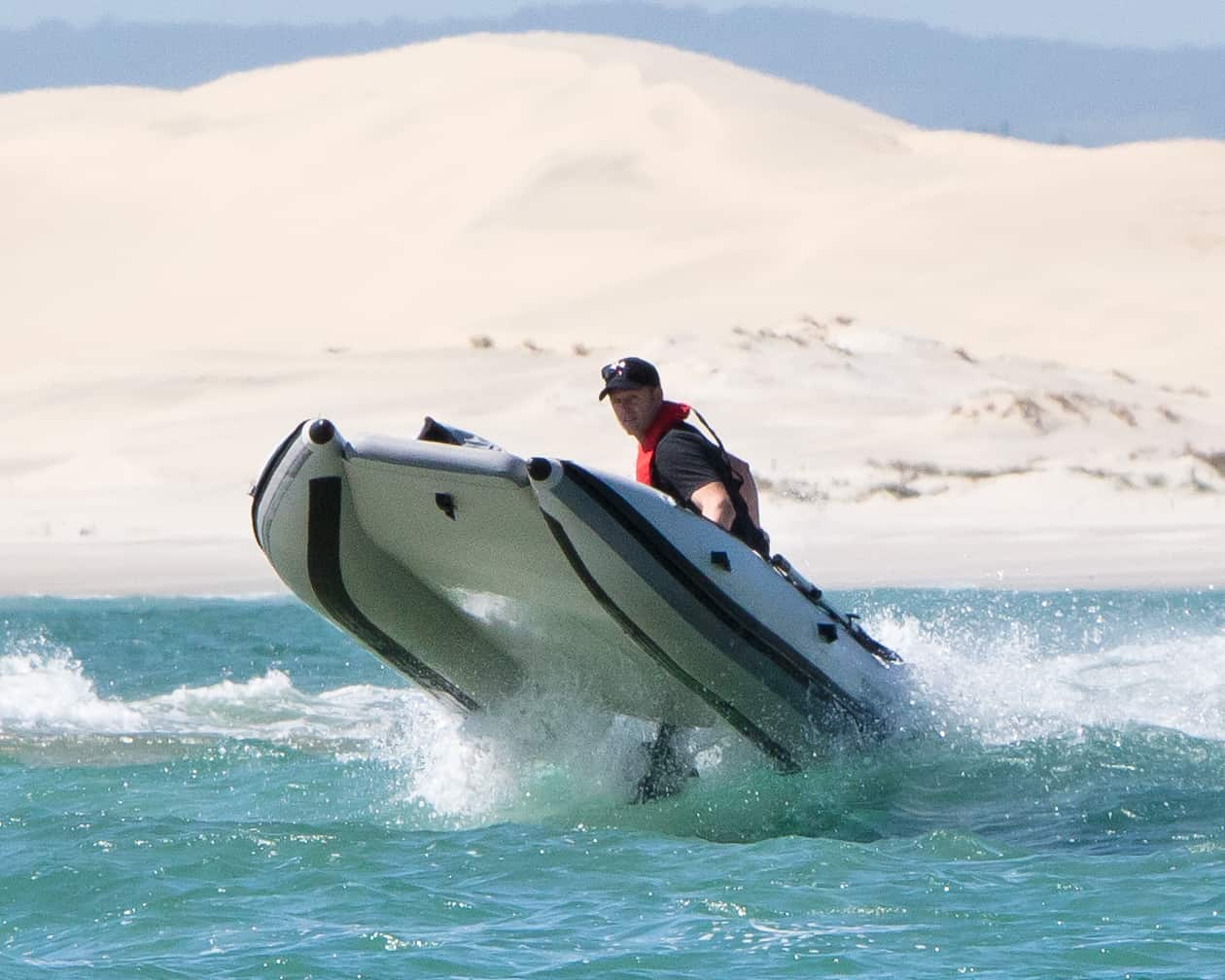 Why Rigid Inflatable Boats Are Trusted by Navy Seals

According to the Navy, rigid inflatable boats (RIBs) are “high-speed, high-buoyancy, extreme-weather” boats that nearly all branches of the military - not just the Navy - uses for high-level operations, including extractions, searches, intelligence, direct action missions, reconnaissance, demolition, transports, and secondary missions.

What Do Navy Seals Use RIBs for?

One of the reasons Navy Seals use rigid inflatable boats is that they are highly versatile. Here are some Navy Seals missions where RIBs prove to be highly valuable.

Navy Seals have access to a wide range of watercraft when performing operations. However, many of these operations require timing, precision, and, most of all, secrecy. Launching a full-scale mission with larger boats can blow a covert operation. RIBS can move with stealth in the water. They are ideal for smaller, secret missions such as extractions.

In direct action, speed and agility are critical to the success of any Seals mission. Soldiers rely on the reinforced fabric of RIBs to operate in heavy seas and winds of up to 45 knots. RIBs can also accelerate fast in harsh weather conditions. The boats hold up to eight passengers who can quickly position themselves on land and move in.

A standard inflatable boat can hold between 500 to 1300 pounds of cargo. However, RIBS used by the Navy can hold eight soldiers plus cargo, which can add up to over 2,000 pounds. Some RIBs can max out at between 2,500 and 3,000 pounds. Keep in mind that these are high-performance RIBs. However, the capacity of recreational RIBs is equally impressive.

In search and rescue, Navy Seals need boats to be light enough to travel quickly over several miles but sturdy enough to carry heavy loads and navigate rougher sea conditions. RIBs are specially engineered to meet these specifications. They can travel at high speeds and make tactical turns with ease to rescue victims in distress within minutes.

There are several characteristics of Rigid Inflatable Boats that make them a top choice for the Navy Seals.

A typical 110 horsepower, 20-foot RIB can have a top speed of around 30 knots. It is impressive for a recreational inflatable boat. However, Navy Seals require a boat with more power and higher speeds. A high-performance RIB can operate with speed between 40 and 70 knots giving Seals access to almost any land target within minutes of mission launch.

RIBs differ from the typical inflatable in that they have solid contoured hulls. The rigidity adds extra weight to the vessel, allowing superior performance in the water. RIBs also come with a deep-V hull, which helps them quickly get on the plane and cut through waves easily. RIBs have tubes at the topside like traditional inflatable boats for maximum buoyancy and stability.

A RIB’s durable material protects it against the sun’s heat, which reduces wear and fading. The boat's seams are heat-welded, eliminating problematic glue and nose cones. Many models are made with longitudinal stringers that reinforce segmented aluminum floors. The rugged hull holds up well against scratching and scraping from rocks, gravel, and other rough terrains.

The more structured a boat is, the easier it is to steer in less-than-favorable conditions. A RIB’s design includes a hard center hull with inflatable siding. You get the benefits of an inflatable boat but with greater stability and structure. RIBs are easy to turn and can accelerate quickly when acceleration and speed are crucial to a mission.

The RIB design allows the bow to cut across waves and alight the crest of the next wave while the stern is still in contact with the previous wave. So, the hull remains in contact with the water from bow to stern. Navy Seals do not have to perform any special maneuvers other than small corrections to keep the boat on its course. It can handle the toughest conditions without endangering crew and cargo.

Why RIBs Are Popular with Consumers

Ranger Rovers and Jeeps used to be military-only vehicles - until someone figured out that civilians could drive them. The same concept applies to rigid inflatable boats. The earliest RIB models belonged exclusively to military teams like the Seals. However, in recent times have gone into wide circulation on the market. Why are RIBs popular with consumers?

The cost of Military-grade RIBS may be a bit outside your budget. However, civilian-style boats are affordable. The cost of a recreational RIB can range from $400 to $2500 depending on the model you buy. The up-front cost is much lower than a traditional boat with lower maintenance costs over time.

If RIBs can transport Navy Seals with greater ease, then imagine how easy they are for the average boater. There are two things that make RIBs exceptionally convenient. First, they are easy to set up and break down - simply inflate and deflate the boat. Second, they are easy to store and transport. You don’t need an additional storage building or trailer.

Rigid inflatable boats are fun because you can do almost anything with them. They are ideal for water activities such as camping, hunting, fishing, swimming, snorkeling, and scuba diving. You can take them with you when you go on a day trip or RVing across the country. A RIB can handle the most rugged adventures no matter what you have in mind.

The Takacat RIBs are a unique offering that take performance and functionality to a new and higher level! With our rigid air-deck floor and removable transom, our boats can travel farther from base before needing to be deployed which allow for more boats to be on scene than traditional versions. Sometimes multiple small boats are better than one large boat!